The present study is basically on electricity generation in which solar cell or module is used to power an inverter. This can also be called photovoltaic system, because it consists of solar modules, solar charge controller, 24V.d.c battery and an inverter. Solar modules serve as source of charger through solar charge controller to the battery and inverter are used in converting the direct current into an alternating current for the domestic appliance. This study is very useful in electricity generation especially in a developing country such as Nigeria where there is epileptic power supply. It-’s use is far better than generating set because it needs less maintenance, it does not use fuel, it is not heavy, it is rugged, it does not need an alternating current for its charging and it is noiseless. 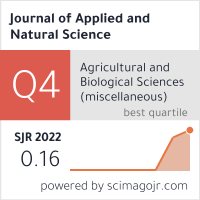